Book Launch: The Evolution of the Armed Forces of the United Arab Emirates, by Athol Yates
27 Apr 2021

Photo by the author
Hugo Willis

A December 2020 book examines the defining characteristics and history of the UAE Armed Forces and evaluates their effectiveness.

The publication of Athol Yates’ book, The Evolution of the Armed Forces of the United Arab Emirates, is timely, with the thawing of relations between Arab Gulf states and Israel, a change of U.S. administration, and the potential for further U.S. withdrawal from the region set against uncertain relations with Iran. Based on years of extensive research, Yates concludes this groundbreaking book with the assertion that, if certain criteria are met, “it is likely that the UAE Armed Forces will continue to be the most capable Arab military force for the foreseeable future.”

The Evolution of the Armed Forces of the United Arab Emirates provides a thorough examination of its subject. It begins with a detailed analysis and explanation of the physical, human and political terrain of the Emirates. Context is everything in a region which continues to sit at the hinge between Europe and Asia, especially so in a country made up of seven federated states, each with its own history and background. By placing this context in Part I, Yates builds layers of global, regional, and tribal detail that provides a rich foundation for the remainder of the book. His examination of the role of the rulers and political control is a particularly deft assessment of civil-military relations in a Gulf state. 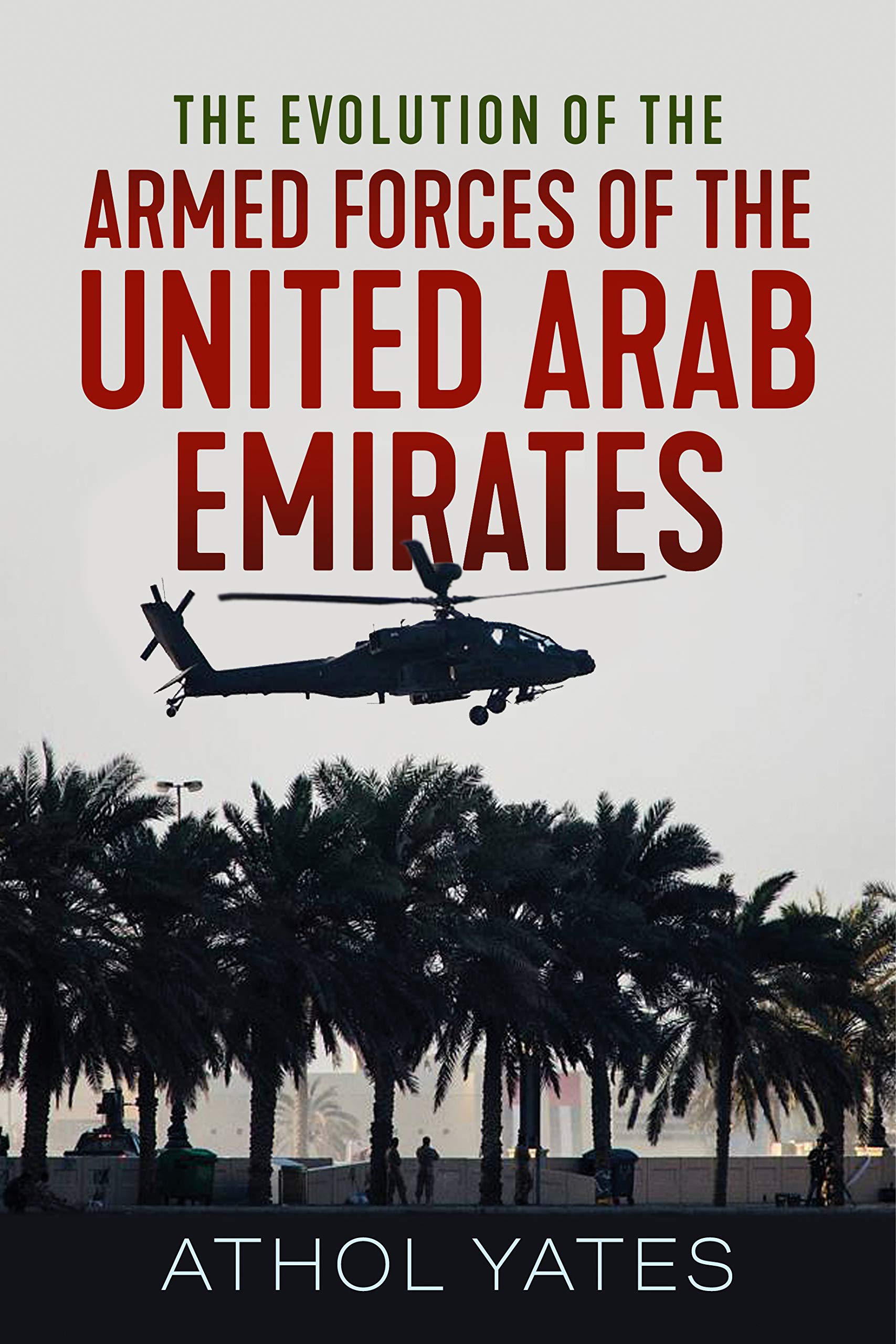 Part II focuses on the defining missions and equipment of the UAE Armed Forces. Yates highlights the five missions of defense, ruler protection, internal security, nation building, and foreign policy. The section on equipment contains both useful detail and analysis of trends and themes, one of the recurring strengths of this book as both a reference and an easily digestible commentary. The analysis elucidates the rationale behind key procurement decisions, above all the multi-sourcing policy that helps the UAE to maintain positive and useful global relationships.

Part III examines the history of the UAE Armed Forces as power shifted from British agents and advisors to individual rulers and then to federal control. Yates unpeels the essence of the relationship between military and civil authority, exposing not just the what and how but the vital why, offering a deeper understanding of this small country, its military, and why it is so worthy of study at this time. The history follows an inevitable chronology, but it is lively one and reflects the words of the founding father of the UAE, Sheikh Zayed bin Khalifa Al Nahyan: “he who does not learn from his past, cannot make the best of his present and future, for it is from the past that we learn.”

This book is the first of its kind about the UAE and will appeal to diplomats, business leaders, historians, sociologists, political scientists, and military analysts. In a February 2021 book launch hosted by the Arab Gulf States Institute in Washington, Yates was generous in his praise of other academics such as Frauke Heard-Bey and Kenneth Pollack. He also highlighted the challenge of documenting “Emirati, Jordanian, and Pakistani voices” in his research and offered the hope that such a gap would be filled in time.


Athol Yates is assistant professor at Khalifa University in Abu Dhabi. He teaches on civil security, security technology, internal security, disaster management, public policy and research methods. He is the author of Naval Force of Abu Dhabi 1967–1976 and Military and Police Forces of the Trucial States and United Arab Emirates 1951–1980. Translation of The Evolution of the Armed Forces of the United Arab Emirates into Arabic depends on demand.


Hugo Willis is associate director for land environment at KPMG Defence Practice in Riyadh, Saudi Arabia. He has served as a military advisor to the UAE Presidential Guard after a British Army career specializing in armored warfare; intelligence, surveillance, and reconnaissance; counterinsurgency; and training.